The announcement of Universal Orlando building another theme park was far from a surprise — but it also marks a watershed moment for the theme park capital of the world.

Universal’s Epic Universe will be the first new, built-from-the-ground-up park in Central Florida in two decades. It also marks a new stage in the war between Universal and Disney.

“The visitor, the tourists, the guests to Florida, they’re the winners,” Dennis Speigel, president of the consulting firm International Theme Park Services. “What’s going to happen to the marketplace, you’re going to see length-of-stay extend in the market late stage because there’s so much more to do now.”

For the theme park faithful, infrastructure plans and rumors had long ago spoiled the surprise of a new Universal park long ago (even though many got the name wrong).

With the attraction lineup, lands, and opening date for Epic Universe all still a mystery, the theme park world can now engage in one of its favorite pastimes: wild speculation.

Concept art or the art of deception?

The lack of specifics on coming attractions isn’t just Universal’s MO, it’s practically a Central Florida theme park tradition. After all, Walt Disney himself didn’t say much about what Disney World would become when the project was officially announced at his famous October 1965 press conference.

The rest of the intellectual property lineup for Epic Universe is already being discussed on numerous theme park rumor blogs, but the concept art released by Universal is deliberately vague, possibly to the point of containing red herrings. 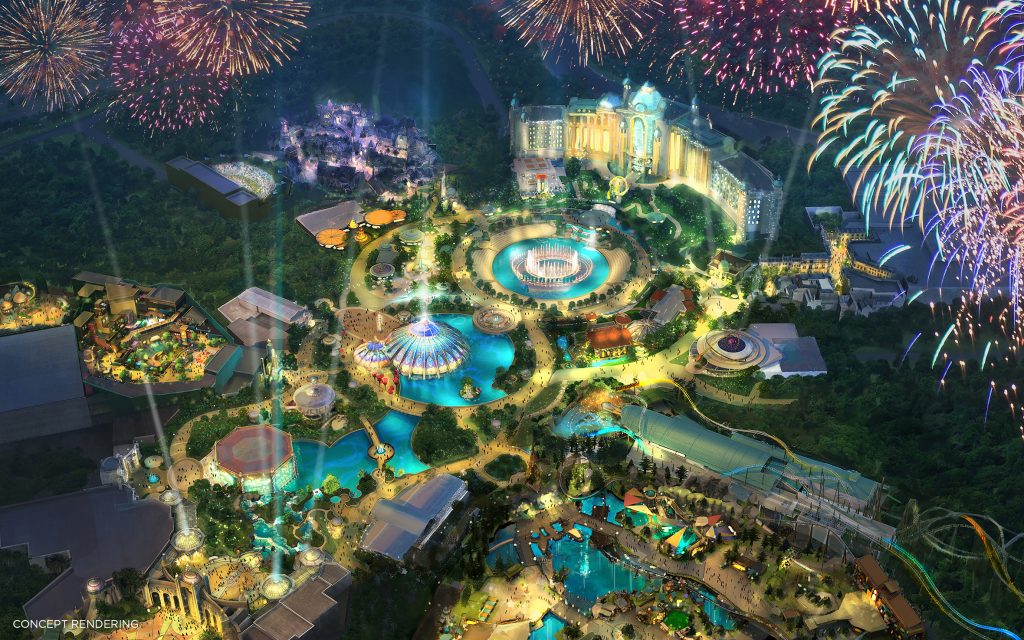 “This is what we call in the industry high concept, and it establishes the breadth and depth of a concept,” Speigel said. “You see the the hotel in the background? That could be a casino anywhere else if you thought about it. It’s hard to tell. It just puts out the fanfare and and it gets people really excited about what’s coming.”

Fans have begun scouring the art pixel-by-pixel for clues, even noting similarities between one section and recent pictures purportedly showing a model of Super Nintendo World — though the area lacks any obvious Nintendo aesthetic.

“I wouldn’t take the concept art too seriously,” said Bill Zanetti, a founding member of the University of Central Florida’s Entertainment Management Advisory Board. “When I look at the artwork, I see retracted pieces, so that means they are keeping it hush hush and being sure to keep all their options for changes open. I think they will definitely have a hotel and a major nighttime water show venue… everything else take with a grain of salt.”

Perhaps the biggest disappointment of the Epic Universe reveal was that Nintendo wasn’t mentioned.

Universal and Nintendo fans have been waiting since 2015, when the theme park rights deal between the two companies was first announced, for some timeline for Mario and co. coming to Orlando. The first two Super Nintendo Worlds are already under construction in Japan and Hollywood, and it’s long been rumored that Nintendo characters would be heavily featured in the new park. 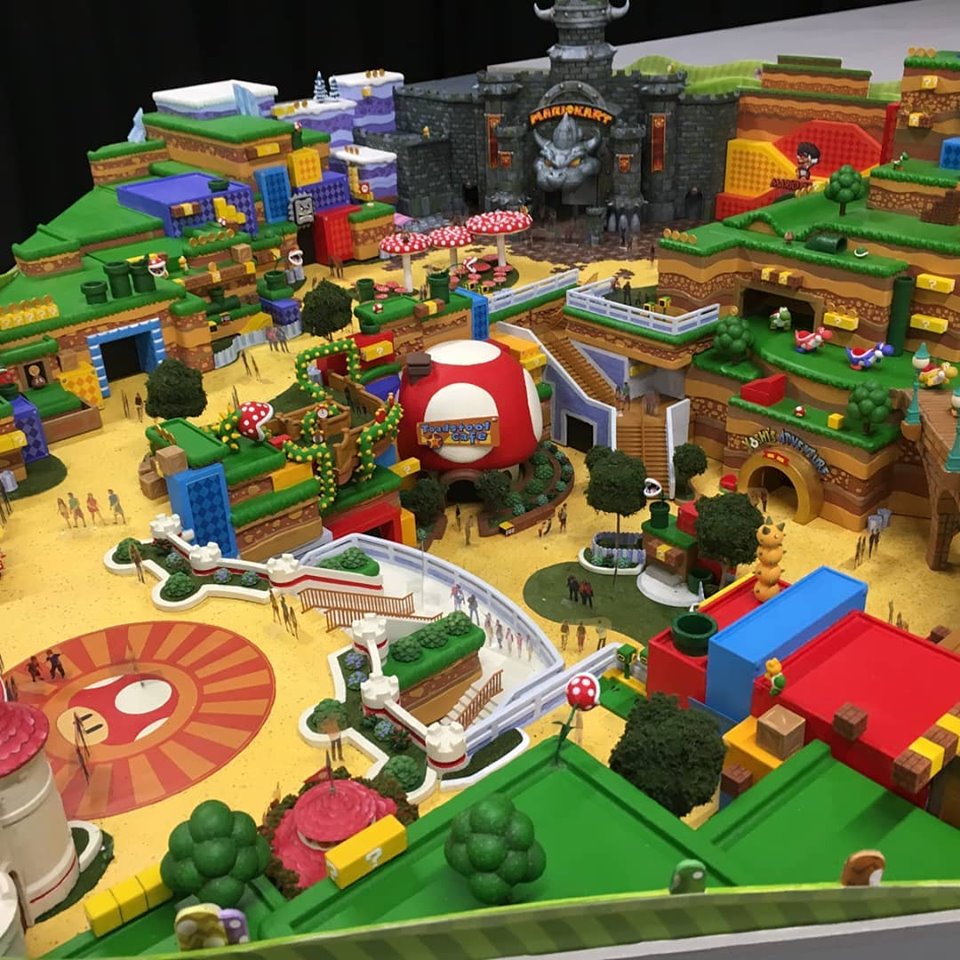 So why no mention of it? Because Universal can save that announcement — and the attention it will surely draw — for another day.

One of the many details still left to be worked out is how Universal will efficiently transport guests between its existing resort and Epic Universe (with the new Endless Summer Resort in between). Disney World has the same issue, only it has the benefits of having its own governmental jurisdiction, the Reedy Creek Improvement District.

Universal is already pitching in for transportation improvements, paying $160 million of the $300 million to extend Kirkman Road past the new park. Zanetti expects more cooperation with the public sector to ease any traffic management issues.

“They will have to work with both Orange County and the City of Orlando to make this work in a seamless manner,” he said. “I would expect some major roadways to be replaced or re-routed and some bus-only transit lanes to be part of this project. I don’t expect a monorail or a chairlift over I-4.”

Universal Parks & Resorts chairman and CEO Tom Williams did mention at the Aug. 1 press conference that the company will lobby for a stop on the high-speed Virgin Trains line between Orlando and South Florida to include a stop at the nearby Orange County Convention Center.

“You can’t bypass the convention center,” Williams said. “It makes absolutely no sense. It ignores the investment that’s been made.”

In short, a lot of waiting.

Universal didn’t even hint at an opening date during the Aug. 1 reveal. Fans waited six years between Universal’s announcement of a second gate in 1993 and the 1999 opening of Islands of Adventure. The best guesses put the new park’s debut somewhere between 2023 and 2025.

Construction permits may have forced Universal’s hand in acknowledging the project’s existence. While site clearing has been happening on the property for more than a year, nothing has gone vertical.

In the meantime, Universal will also have to keep investing in building new attractions in its existing parks.

“There’ll be a tremendous devotion to this new park and its development of both manpower and money, but they’ll be spending in other parks too, certainly, to keep people coming,” Speigel said. “Capital expenditure drives visitation and we live on repeat visitation in our industry. So you’ve got to keep them coming back.”