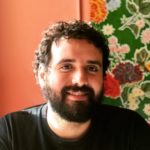 Every election it seems like we are told that it’s the most important election of our lifetime. We as voters hear this line so much, it’s become a bit of a cliche, something to shrug off as we head to the polls.

Taking that into account, I’m here to tell you that this is indeed, the most important election of your life. Especially if you live in Florida!

If you want to shrug this off, just think about what’s at stake.

Our waterways are currently a mess, largely thanks to Gov. Rick Scott, with toxic green algae and red tide making our beaches a health hazard to the public and killing marine wildlife.

Our minimum wage is currently at an abysmal $8.25.

Republicans in the state Legislature continue to reject Medicaid expansion, leaving around 660,000 Floridians who would qualify uninsured.

Public education is increasingly defunded as charter schools continue to raid taxpayer funds with the aid of Tallahassee lawmakers.

No meaningful action has been taken to prevent more senseless gun violence, even though the state has had fifty-one shootings since the tragedy at Pulse Nightclub in Orlando.

Millions of Floridians are disenfranchised through various methods of voter suppression.

I could keep listing the many ways in which working-class families in Florida badly need a change of leadership in Tallahassee, but I think you get the point.

The historical implications of these midterm elections on everyday Floridians are huge. We have the opportunity to elect the first black governor in the history of the state in Tallahassee Mayor Andrew Gillum and pass Amendment 4, which would restore the vote to over 1.4 million Floridians who have served their time yet are currently disenfranchised due to prior felony convictions. People who have paid their debt to society should not be punished for a lifetime.

One out of five black citizens can’t vote because of this form of voter suppression and ensuring its passage would be a blow to the legacy of Jim Crow in the South.

That’s all without addressing what’s going at the federal level. Immigrant children are still being put in cages, in fact, hundreds of them have been moved under the cover of nighttime from detention centers to a tent city in what could accurately be described as a concentration camp in Tornillo, Texas.

The Kavanaugh hearings have been a national disgrace, with Republicans in Washington refusing to take seriously sexual assault allegations leveled against a man whose entire political career has been a war on women, and working-class people for that matter.

The Trump administration continues to be corrupt and lawless, with five presidential aides convicted of breaking the law.

Luckily there is a way for you to address all these injustices and hold accountable those who refuse to stand up for you and your loved ones.

In Florida, the voter registration deadline is Oct. 9. That means that you only have a few days to get it done if you are planning on voting. Once you do get registered, early voting across the state is Oct. 27 to Nov. 4, although you should check with your supervisor of elections office since they can provide additional early voting days if they choose to.

Election Day is Nov. 6. Get out there and make your voice heard.

Thomas Kennedy is the Political Director for FLIC Votes and a communications fellow for the Center for Community Change Action. He tweets from @Tomaskenn.