The 2020 addition to SeaWorld Orlando will add a sixth roller coaster to the park: the Arctic-themed Ice Breaker.

SeaWorld gave its first hints of the new attraction with a short promo video in June. The coaster was officially unveiled at a Thursday morning press conference. According to SeaWorld, the ride will feature four launches — the first launch coaster in the park — starting with a backwards launch up a 93-foot-tall spike at a 100-degree angle.

“That’s actually the steepest drop in Florida on a roller coaster,” said Brian Andrelczyk, vice president of design at SeaWorld.

The 90-second ride experience will also features two forward launches and another backwards launch, hitting speeds of 52 miles per hour, as well as an 80-foot “top hat” maneuver and “air time elements.” Despite the promised thrill level, Andrelczyk said the ride will have only a 48-inch height requirement. 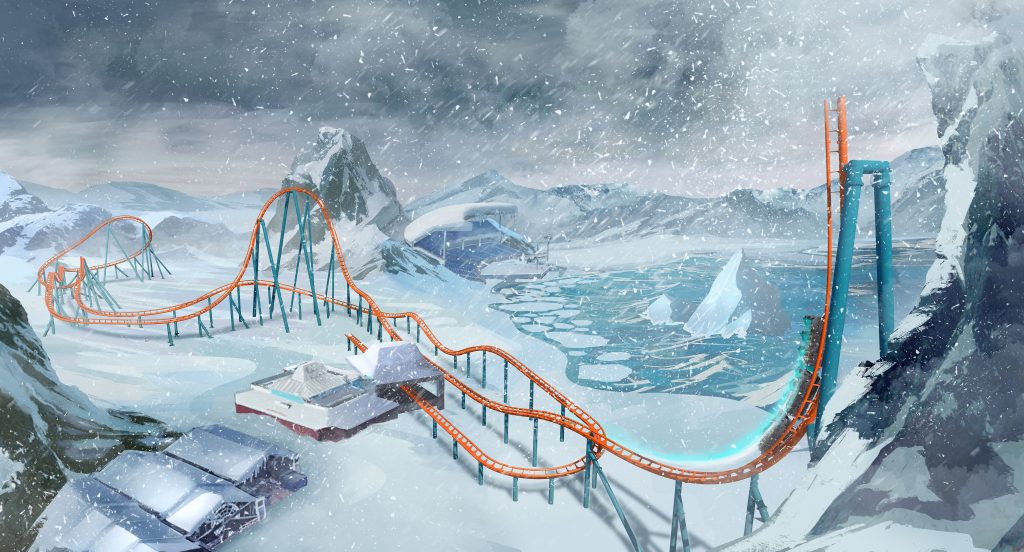 Keeping with the Arctic theme, Ice Breaker will be located next door to the existing Wild Arctic attraction. That simulator ride had been the subject of rumors first reported by Screamscape that it would be replaced by a Sesame Street-themed dark ride to expand the popular Sesame Street Land.

The new coaster is being built by Baltimore’s Premier Rides, which also built the Tigris launch coaster that opened earlier this year at the SeaWorld-owned Busch Gardens Tampa Bay.

Ice Breaker is scheduled to open in spring 2020.