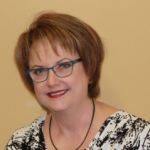 The Seminole County Republican Party, fresh off an election that saw voters turning more than ever toward Democratic candidates, has dropped two former state representatives from the executive committee, Bob Cortes and Jason Brodeur.

Seminole Republican Executive Committee Chair Kathryn Townsend said Friday that both were dropped from the committee because they lost their standing when they lost their seats in the Florida House of Representatives, Cortes by losing in he Nov. 6 election, and Brodeur by not running for re-election.

But the two longtime figures in the Seminole party are responding with anger and frustration, charging that she could have kept them on but she is embattled, fighting for her position, and saw them as internal threats to her standing.

Cortes and Brodeur expressed frustration not just over their unceremonious terminations but also over their views of how Townsend has been running the party, and its disappointing performance three weeks ago, when Cortes lost, the Republican candidate for Congress lost, statewide Republican candidates did poorly, and most other Republicans squeaked through to victories in a county Republicans once dominated.

“I think it’s a little like getting kicked off the Washington Generals,” Brodeur, a longtime rival to Townsend, said, referring to the patsy basketball team that always loses to the Harlem Globetrotters in exhibition games.

Townsend defended her and her party’s role in the election, saying they did their jobs and turned out plenty of Republican voters; and that if voters didn’t like the candidates, maybe it was the candidates.

One thing is certain: turmoil in Seminole County is on the boil, likely to lead to a challenge at the Seminole Republican elections Dec. 20.

Cortes and Brodeur, who chaired the party in 2008-10, said they think they may have been forced out because of rumors that one of them personally might challenge her in the chair’s election. But both denied Friday that they had intended to do so. Still, they made clear what side they’d support: not her’s.

Brodeur alleged that Townsend did nothing to support candidates, and that candidates won or lost without any help from the county committee.

“It’s curious that Kathryn would remove some of the only folks that have ever actually won races,” Brodeur said in a text message. “For that, Seminole County Republicans will probably want to rethink her stewardship.”

Townsend denied that, insisting she spent money on professional canvassers for Cortes, and worked hard at a variety of events. She also said she imposed rules and transparency on the county party that she said had previously lacked both.

Townsend said it was the rules forced Cortes and Brodeur out. She said the only way they could remain as non-elected officials was as precinct committeemen, and she said she had no evidence either of them were. Even if they were, she added, Brodeur attended only one Seminole REC meeting over two years, and Cortes four, seriously violating the minimum attendance requirements.

Cortes said he was a precinct committeeman before he was elected, and was disappointed that Townsend would not extend courtesy to longtime elected representatives, who have to spend much of the year in Tallahasseee, and find ways to keep them on.

Townsend is accepting a likely challenge and fight in the December county Republican elections.

“I would still like to be the chairman for another term. I think we’ve done a lot of good things in terms of getting this organization working by its rules and working in the sunshine,” she said.