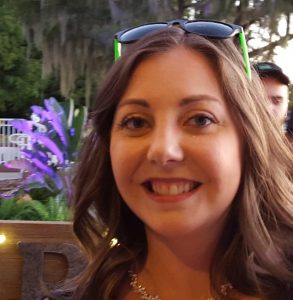 When I came home 11 years ago to find a man inside my house, I thought I was going to die. He sexually assaulted me at gunpoint before leaving with my car, my purse and my dignity. I am lucky to be alive, but my life as I knew it would never be the same.

As someone who has experienced the court process firsthand, I can tell you a victim’s suffering does not end with the attack. Rather, it continues as we navigate a complicated criminal justice system which works for the criminal, but not the victim.

While the accused have specific protections outlined in the U.S. Constitution, crime victims only receive a single vague sentence in our state constitution with no real means of enforcement. Fortunately, we have an opportunity to strengthen these laws through a Constitution Revision Commission proposal called Marsy’s Law (Proposal 96).

Marsy’s Law would ensure crime victims, or their families in the event of a tragic loss of life, are afforded similar constitutional protections to the accused.

Although the criminal’s rights would not change or weaken, the two parties will finally be considered equal in the eyes of the law. That means everything to crime victims.

We deserve to be seen as those with real emotions who went through a painful ordeal we did not ask for, rather than simply a third party in the case.

One of the rights afforded to crime victims under Marsy’s Law is the right to privacy. Unfortunately, I am all too familiar with privacy rights because my own right to privacy was compromised. During the time between my attacker’s switch from a private attorney to a public defender, he acted as his own counsel. This meant he was afforded access to all my personal information, as well as depositions given from witnesses.

My attacker made harassing phone calls to me and my witnesses from jail, asking us not to testify against him.

As a victim, there was nothing in place to protect my data. There was nothing anyone else could do – as much as they wanted to help, the state attorney and sheriff’s departments’ hands were tied. His right to identify his accuser trumped my right to privacy and to be free from intimidation.

Marsy’s Law would also provide crime victims with a voice, which is something I wish I had in the court process. After all, I certainly didn’t have a say in being attacked, so shouldn’t I at least have a voice in deciding what happens?

My attacker was originally given four consecutive life sentences because of the violent nature of his crime, but recently his sentence was reduced, and he will be eligible for parole.

Once again, the judge’s hands were tied, and his rights trumped mine. Although I was allowed to provide my opinion, the court was not required to factor it into its decision, even though it directly impacted my safety.

This week is National Crime Victims’ Rights Week, and I can think of no better time for Floridians to learn more about Proposal 96 and encourage the CRC to place the measure on the 2018 ballot.

Rachel Sines is a sexual assault survivor living in the Orlando area.