SeaWorld Orlando’s parent company has cautioned Wall Street that the outbreak of COVID-19 — the disease caused by the virus — has yet to have an impact on attendance. Disney World’s response so far has been to remind employees of sanitation procedures and provide extra hand sanitizing stations for guests (and yes, that is an effective prevention method).

As for Universal Orlando? It told USA Today that that is “ready to act if needed.”

“The health and safety of our guests and team members is our top priority,” said Alyson Lundell, senior director of public relations at Universal Orlando. “We are in contact with health officials and others in our industry, and we are closely monitoring the situation. We are communicating with our team members and reinforcing our best-practice health and hygiene procedures. We are also educating them on basic preventive measures.”

As of Thursday, the Florida Department of Health had confirmed four cases of COVID-19 in the state. Five other Florida residents that have tested positive are being quarantined outside of the state.

Like Disney, Universal is feeling an impact from the outbreak internationally. Universal Studios Japan in Osaka is scheduled to remain closed until March 15 as part of a nationwide effort limiting large gatherings to try and contain COVID-19.

What’s on the menu at Universal’s next hotel

The second phase of Universal’s Endless Summer Resort opens on March 17 (part of it, anyway), and Universal has released new photos of the menu items at the hotel’s dining locations.

Dockside Inn & Suites will have a food court (Pier 8 Market), a pool bar (The Oasis Beach Bar) and a lobby bar (Sunset Lounge), along with a Starbucks. Special items will include the Dockworker Wrap, with pastrami, swiss cheese, coleslaw and french fries. 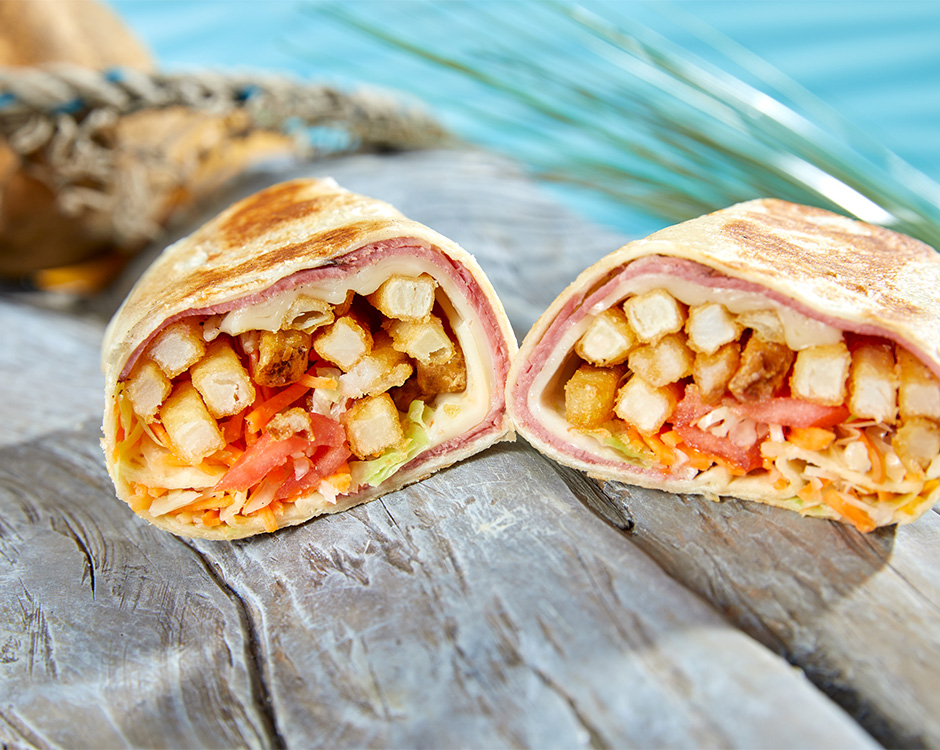 “Dockside Inn and Suites is a family destination,” Phil Klinkenberg, director of food and beverage at the hotel, said on the Discover Universal Blog. “So, what the market does is provide something for everybody. In each of the areas in our market we’ll have options for the younger guests in our hotel. So, mom and dad can have what they want and kids can have what they want.”

The menu features staples like chicken and waffles, Key lime pie and fish and chips.

At the Oasis Beach Bar, all cocktails can be upgraded to a Bubba Tub — a 32-ounce bucket.

When it’s at full capacity by the end of the year, Dockside Inn & Suites will feature 2,050 guest rooms. Its sister hotel across International Drive, the 750-room Surfside Inn & Suites, opened last year.

A map for Epcot’s International Flower and Garden Festival hint at the park’s next big attraction opening before the festival ends.

As reported by both Blog Mickey and WDW News Today, the festival map includes the expanded France pavilion, leading up to the entrance of Remy’s Ratatouille Adventure. The attraction has been also been added to the paper park maps, listed as “Coming Soon!”

The two sites both surmised that because of these additions, the trackless dark ride may open before the end of the Flower and Garden Festival on June 1. Officially, it’s opening time period is listed as summer 2020.

One detail in favor of this rumor: Spaceship Earth is scheduled to close for an extended renovation starting May 26. Adding a new ride to the lineup would help mitigate the loss in capacity.