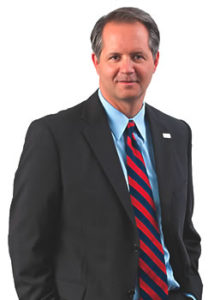 The Florida Chamber of Commerce has long advocated for restraint in amending Florida’s Constitution. We believe our constitution should only be amended in rare and extraordinary circumstances.

Amendment 3, which would require voter approval of future gambling expansion, meets that threshold. Keep in mind, Florida is creating 1 out of 11 new jobs in America. We don’t need the casino industry, they need Florida.

Rather than introduce anything new, the amendment simply reinforces language already in the constitution — a provision that gives voters the final say on gambling decisions. Florida voters inserted that protection in 1968 and it’s important we don’t let politicians work around it.

Their reasons for doing so remain valid today. The widespread introduction of Las Vegas-style casinos in Florida brings dubious benefits and potentially serious consequences for our state. Any decision to go in this direction should be done so with due diligence, much caution and voter input.

Voters exercised such caution when considering five gambling referendums from 1978 to 2004. Three times they rejected large casino resorts in Florida. But they also approved the Florida Lottery and the limited introduction of slot machines in Broward and Miami-Dade pari-mutuels.

Since 2005, when Florida lawmakers began attempting to take over gambling decisions, the restraint of voters has been replaced by the politics of Tallahassee. The drumbeat for more and bigger casinos from the powerful gambling lobby has been loud and nonstop.

There is no end game here. No matter how many casinos might be approved, there always will be pressure for more. We have seen this in other states, where the gambling industry continues to push for expansion even in markets so glutted that existing casinos are losing business and even going bankrupt, sometimes at taxpayer expense.

Consider New Jersey. The Atlantic City casino market imploded in 2014 because of an over-saturated market, throwing thousands out of jobs and the city into an economic depression.

Voters serve as a controlling mechanism on an industry that often has no self-control of its own. They slow down decision-making and ensure the pros and cons of casino expansion are fully and publicly vetted.

As the organization representing Florida businesses, the Florida Chamber is focused on making Florida more competitive, and the casino business model is anything but that. It is not one that grows the economic pie, but rather one that often cannibalizes existing economic activity.

Casinos represent the past, whereas Florida is moving into the future.

This year Florida’s GDP topped $1 trillion, which if we were a country would place us 17th in the world. Florida’s economy is the 20th most diversified economy in American and wages are increasing.

U.S. News & World Report ranked us first nationally in higher education and the University of Florida now ranks among the top 10 public universities.

The Florida Chamber sees strong economic growth in Florida for the next 30 years.

All this is not by accident. It is due to a competitive business climate, smart policies and strong fiscal leadership.

The international casino conglomerates are desperate to get a toehold in Florida, not to add to what we have created but to feed off it.

Florida has come too far to go down this path without the people of Florida having a say. I’ll be voting yes on Amendment 3 because Florida’s future is worth protecting.

Mark Wilson is CEO of the Florida Chamber of Commerce.