The new accommodations, first announced at the International Association of Amusement Parks and Attractions (IAAPA) Expo last fall, will include 150 rooms in a five-story building connected to the existing Legoland Hotel. It will also feature a pirate-themed restaurant, Lego play area, its own pool and a pirate ship in front of the hotel. 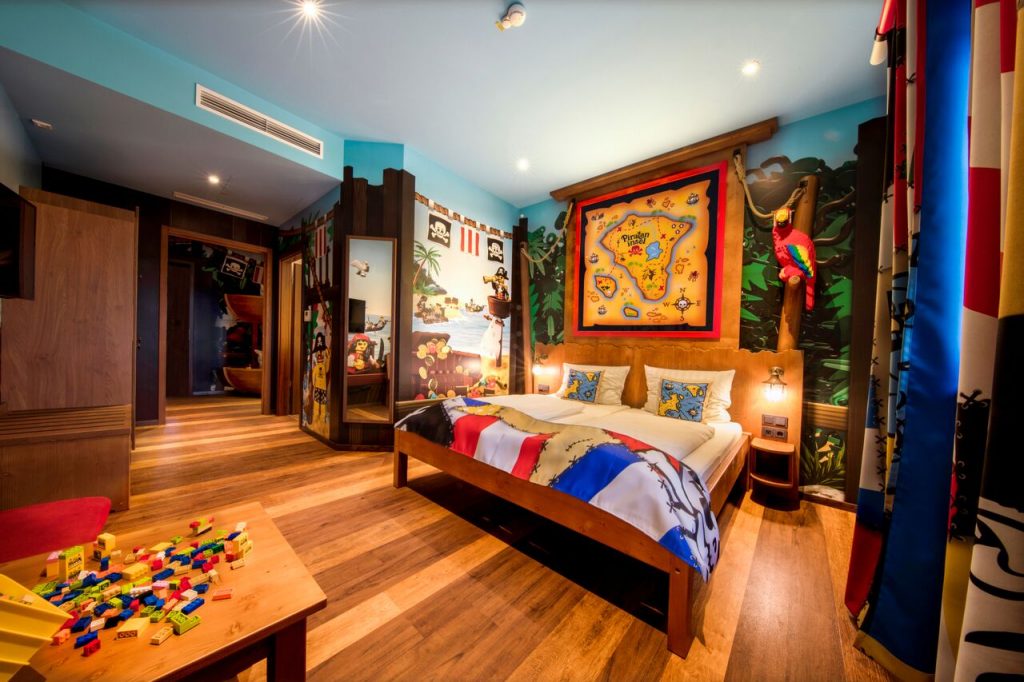 Inside the rooms at the Pirate Island Hotel (Legoland Florida)

“Due to the success of our existing accommodations, we realized a third hotel was needed to keep up with our high consumer demand. Veteran guests and excited newcomers alike shared their opinions and LEGO Pirate was the overwhelming favorite,” said Kevin Carr, hotels director at Legoland Florida Resort.

The resort last expanded its on-site hotel capacity with the Legoland Beach Retreat in 2017.

Inside the rooms, the separate kids’ area will feature themed bunk beds, its own television and “daily in-room Lego treasure chests.” For adults, the hotel will feature a lobby bar as well as a free family-style breakfast with each reservation. 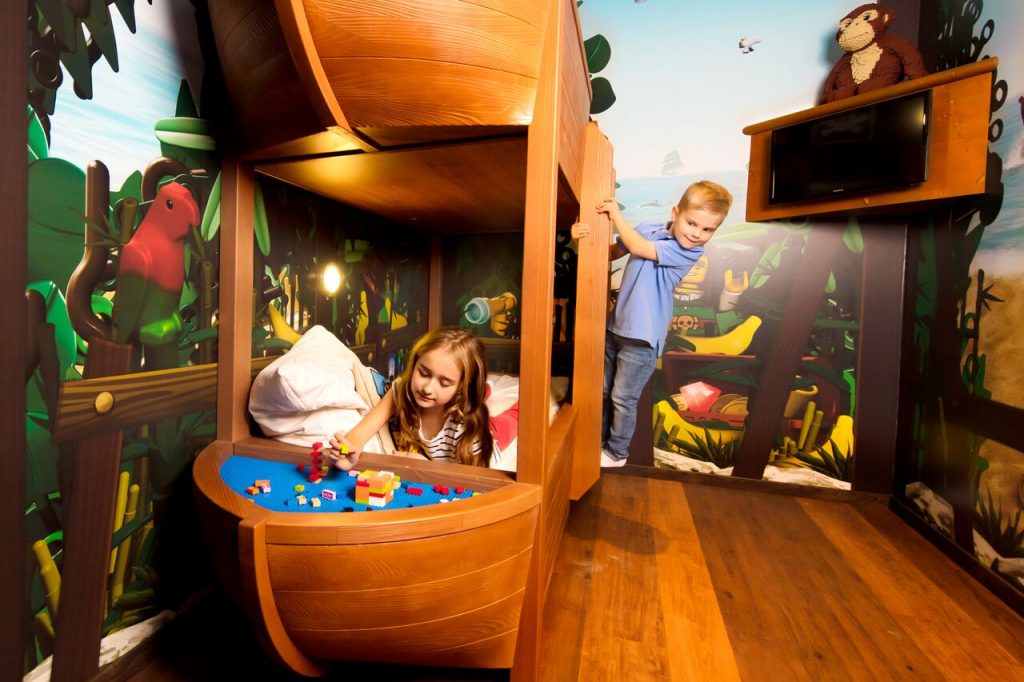 “Pirate Island Hotel will offer a completely unique guest experience for swashbucklers of all ages,” Carr said. “Pirates have a long history tied to the state of Florida and we look forward to providing memorable experiences to our future guests with an entertaining, memorable and fun hotel. Whether it’s interacting with life-size LEGO characters in the lobby, uncovering LEGO bounty at the end of an in-room treasure hunt or soaking up the sun in our heated pool, Pirate Island Hotel will be the perfect place for families to make long-lasting memories.”

The new hotel will give the Winter Haven resort a total of 468 on-site rooms, far below giants like Disney World and Universal Orlando. The announcement comes ahead of significant in-park expansion for Legoland. The park will open Lego Movie World this spring, featuring three attractions themed after the 2014 hit film “The Lego Movie” and its upcoming sequel.

An official opening date for the new land is expected to be announced in the coming weeks.