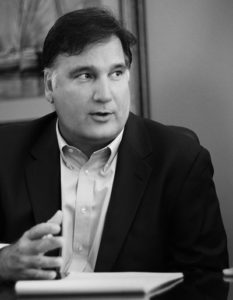 Marc Dunbar is one of Florida’s best-known gambling advocates. When it comes to pushing for more and bigger casinos, he wears the hats of a lawyer, lobbyist and investor.

And so, call it a Freudian slip or just a moment of candor, it was interesting to hear someone from the inside let us all in on how the industry views its customers – as prey.

This came out in a recent interview with the News Service of Florida. In it, Dunbar discussed the state’s longstanding rejection of Vegas-style resort casinos — something the industry has sought in this state for decades.

Because of that prohibition, he said, “you arguably have the kind of gambling that you don’t want to have, the kind that preys primarily on your constituents, as opposed to the tourists.’’

It’s an interesting argument to make to state lawmakers – fleece the tourists to spare your voters. Perhaps it would be an argument some might buy if there was any validity to it.

But it’s a fake choice.

Before getting into that, however, let’s deal with the part of Dunbar’s statement that is accurate.

Casinos do indeed prey on customers. And the most effective method they have for doing so is with high-tech, digital slot machines. Researchers have documented that these machines create a fast-paced, immersive environment in which gamblers lose track of time and losses.

A professor at the Massachusetts Institute of Technology documented the phenomenon in the book, “Addiction by Design: Machine Gambling in Las Vegas.”

These machines entrap those prone to become problem gamblers, who in turn represent a significant slice of casino revenues. This is why pari-mutuels throughout Florida are pushing so hard to get slot machines.

So, Dunbar’s comparison of customers to prey is appropriate. Where he runs afoul of both research and reality is the premise that bigger and splashier casinos will target tourists instead of locals.

The Spectrum Gaming Group, hardly an anti-gambling organization, looked at this issue in a comprehensive $400,000 study of the Florida gambling market. Spectrum calculated that if Florida expanded gambling, including major resorts in South Florida, only 5 percent of revenue would be from non-residents and 95 percent from seasonal and permanent residents. Since the money spent at casinos would not, in effect, be new money coming into the state, Spectrum concluded that any impact on the economy would be minimal at best.

State economists have hit on the same point in their analysis. More casinos simply would redirect how residents spend their money – putting it in slot machines as opposed to dinner at a neighborhood restaurant or other such activities. (Florida EDR presentation, March 26, 2015, slide 1)

In fact, what we see going on across the country is rapid casino expansion and a dwindling customer base. As more casinos go up, they cannibalize each other’s customers, creating declining revenues and, in the cases of Atlantic City and Tunica, Mississippi, devastating crashes.

Outside of Las Vegas, casinos are not a big tourism draw.

According to the Spectrum report, you basically can draw concentric circles around a casino with the densest concentration of customers coming from the inner circles, and thinning out thereafter.

That this is well documented begs the question of who does Dunbar think he is fooling or, more interestingly, why. Dunbar has invested in a gambling enterprise run by the Poarch Band of Creek Indians, which is hoping to build a “resort’’ casino west of Tallahassee in the small, impoverished city of Gretna.

It would include 2,000 slot machines, the current legal limit. The “resort” label would appear to indicate that tourists are the intended targets. But given that proposed casinos in a tourist-draw like South Florida wouldn’t draw in any significant revenue from tourists, one has to wonder how one in the rural Panhandle would pull it off.

Rather than draw in tourists, convenience casinos like Gretna simply focus on maximizing revenue within their respective concentric circles. The idea that a casino that would draw nearly all of its revenue from locals could somehow be a benefit to a local community seems like the worst kind of snake oil peddled by those with ulterior motives. In this case, what may seem to some to appear to be a lifesaver is, in reality, an anchor.

Fortunately, the Florida Supreme Court recently unanimously against the Gretna gambling interests in their attempt to circumvent the Florida Legislature and Florida Constitution in building their slots casino. Unfortunately, this simply means Dunbar and his gambling allies simply will be back for another fierce round of lobbying and backroom dealing in the next legislative session.

A steadfast no is the only response.

Whether we’re talking about the Florida Panhandle or downtown Miami, there is no magical pot of gold at the end of the gambling rainbow – just more local prey to be had.

John Sowinski, a native of Fort Pierce, is President of NoCasinos.org, Orlando.