Sullivan, at 23 last November, became the youngest women ever elected to the Florida Legislature. In her first session she passed seven bills into law, making her one of the most effective lawmakers in Central Florida.

She currently has no filed opposition in the conservative HD 31. Primaries against sitting Republican incumbents typically fail to gain traction, and any potential challengers would be facing an uphill climb against Sullivan’s heightened name ID and expansive grassroots operation, which is expected to return next year.

The event invite is below: 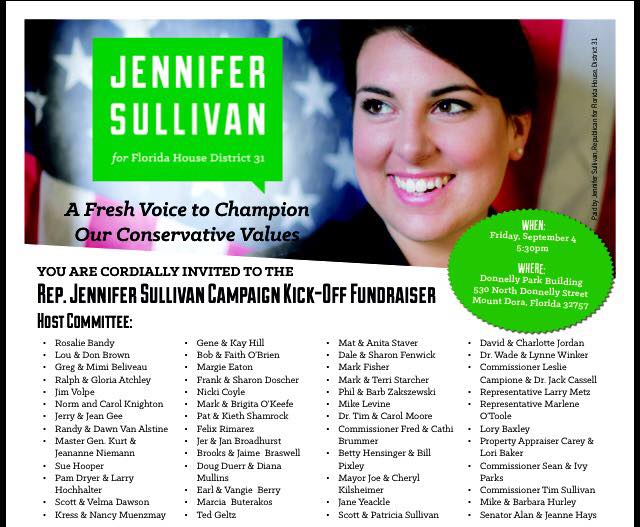