A 24-year-old former Disney World employee who gained infamy among Disney fans for posting backstage photos has been arrested for allegedly stealing and reselling more than $7,000 in items taken from the Magic Kingdom’s Haunted Mansion attraction.

The arrest warrant for Patrick Spikes, also known as @BackDoorDisney, also appeared to confirm one of the more fanciful Disney World rumors: someone managed to steal an entire animatronic from a Disney theme park.

The information came as a result of an investigation into an earlier theft of clothing from Buzzy, the animatronic star of Epcot’s shuttered Cranium Command attraction.

“We had also recently learned that the entire Buzzy animatronic was later stolen from the attraction, separately from the clothing,” wrote Orange County Sheriff’s Office detective David Foro in the affidavit for Spike’s arrest provided to Orlando Rising Friday.

The report goes to state: “Disney advised Spikes had photographs of other animatronics that were reported stolen last year on his phone.”

The Cranium Command attraction ran in Epcot’s Wonders of Life pavilion from 1989 until 2007. Despite the pavilion’s closure, the show was left largely intact, becoming a prime target for urban explorers — including one interviewed by Orlando Rising last year.

As rumors about the alleged heist swirled in online Disney communities in late 2018, a report released by the sheriff’s office cast serious doubt on the tale. Disney had reported Buzzy’s jacket and gloves stolen in August. Spikes was brought in for questioning on that alleged theft, but was only charged with resisting an officer without violence for refusing to turn over his phone to police. The misdemeanor was later dropped on the recommendation of prosecutors.

The lack of evidence in that initial report, along with the logistics of how someone could steal an entire Disney animatronic — much less one that was already the subject of an open theft investigation — made the theft story seem unlikely. Some of the rumors’ initial sources, such as the Disney fan known as @DreamfinderGuy, were doubting that Buzzy was really stolen after the police report was released.

“I’m slowly starting to doubt this whole situation,” he tweeted in December 2018. “Nothing here seems to be adding up anymore.”

The rumor seemed to fade out after that. A January story from Orlando Weekly quoted Dave “Hoot Gibson” Ensign, another Disney urban explorer, as saying Disney Imagineering had removed Buzzy without notifying park operations and security, leading to the mistaken report of a theft.

In a March video on the BackDoorDisney YouTube page, Spikes himself said Orange County Sheriff’s Office produced a search warrant for his house which mentioned “Disney World animatronics” — a warrant the affidavit alleged was altered in the video to remove mention of a backpack and the animatronic clothing, which police said shows Spikes “was aware these items were used in a crime.” 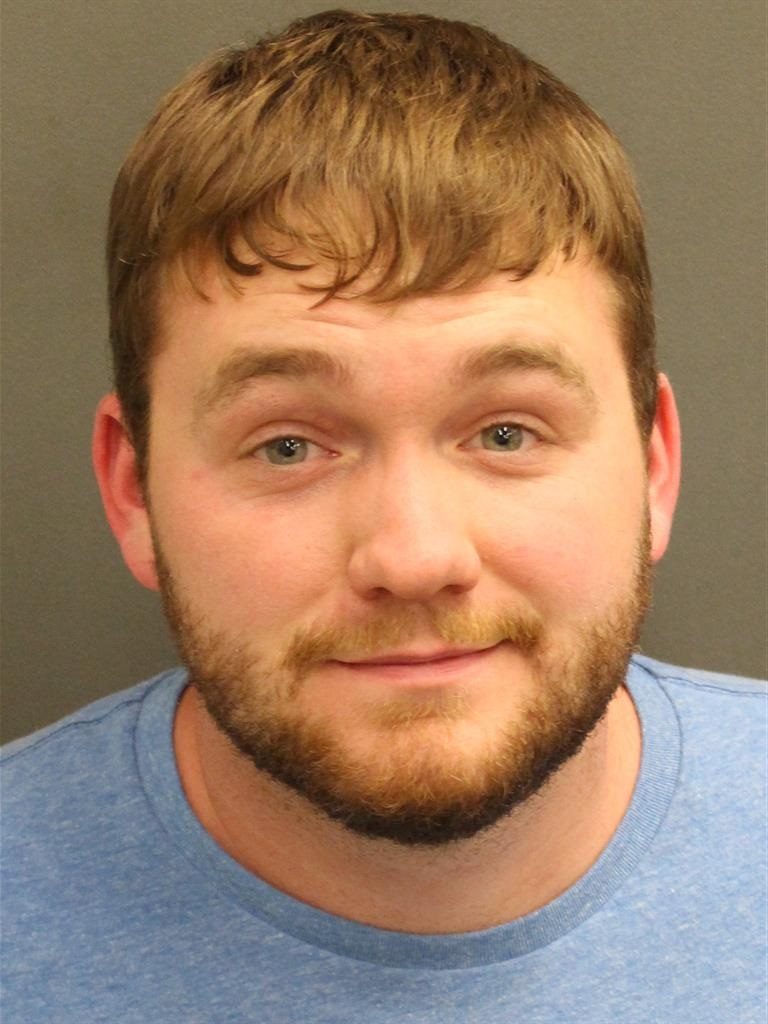 Spikes went on to accuse the sheriff’s office of executing a “shakedown” to scare him off from posting more photos from areas off limits to guests at Disney World.

“It was a giant waste of tax money,” Spikes said. “Tell me if I’m wrong, but it just seems like this giant company used the police force to run someone down that they didn’t like.”

According to police, Spikes was doing much more than trespassing and taking photos.

In the affidavit filed Friday, Spikes is said to have denied any knowledge of the thefts at Cranium Command to Orange County Sheriff’s Office detectives. A search of his cell phone turned up photos of Disney property, “almost almost all of which was later determined to be stolen.”

Spikes is not being charged with either the theft of the Buzzy animatronic or its clothes, but rather with allegedly stealing and selling numerous items taken from Magic Kingdom’s Haunted Mansion.

According to the affidavit, Spikes used his Disney employee ID to enter an employee entrance at the Magic Kingdom just before 9 p.m. on July 31, 2018 and met up with his cousin, Blaytin Taunton.

After taking pictures from an off-limits area inside the Haunted Mansion while the ride was still operating, the report’s timeline alleges Spikes and Taunton stole costumes, wigs and a tiara used on Haunted Mansion animatronics.

Geotagged photos tagged recovered from Spikes’ phone showed him, Taunton and their girlfriends wearing the stolen items later that night, according to the arrest warrant.

The estimated value of the items is $7,216. The affidavit further alleged that Spike sold the stolen items to others and represented them as “personal belongings, obtained from Disney with permission.”

The report said a buyer, whose name is redacted after cooperating with police, turned over items purchased from Spikes, including a dress taken from the Haunted Mansion for which he said he paid Spikes $1,000.

In all, police said the buyer turned over “18 items he purchased from Spikes” for grand total of $9,000, all of which had been stolen from Disney. Other sales of stolen items may have occurred, as according to the report, Spikes received more than $29,000 via PayPal from two people between July and September 2018.

Spikes faces possible charges of burglary, grand theft and dealing with stolen property. In his previous court proceeding, Spikes was represented by Orlando attorney Zahra Umansky, who did not respond to Orlando Rising’s request for comment on the arrest.

You can read the redacted arrest warrant here.

The story has been updated with additional information from the arrest warrant.