Disney has new released new details and concept art for its Riviera Resort, along with revealing that the new Disney Vacation Club property is now accepting reservations for December.

Built next to Disney’s Caribbean Beach Resort, the Riviera includes 300 rooms, including studios, one- and two-bedroom villas and grand villas that can handle up to 12 guests. 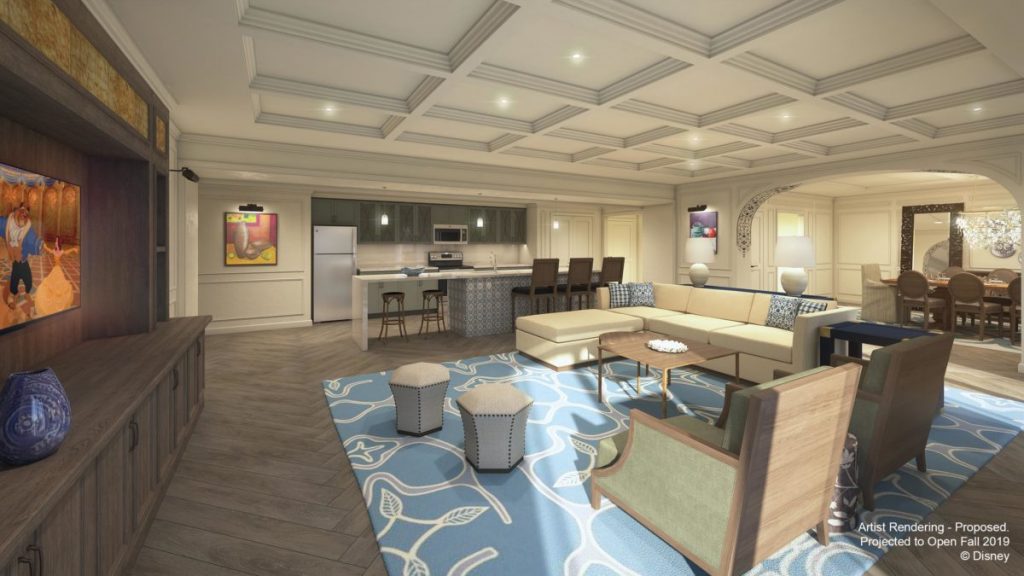 A grand villa at Disney’s Riviera Resort. Image via Disney.

“Disney’s Riviera Resort is inspired by Walt and Lillian Disney’s travels throughout Europe and the Mediterranean coastline — from France to Italy,” said Terri Schultz, senior vice president and general manager of Disney Vacation Club. “Walt fell in love with European art, architecture, food and stories, and his extended tours of the region continue to influence Disney storytelling and theming. We look forward to welcoming our members and guests later this year to this new resort inspired by Europe and imagined by Disney.”

The deluxe resort will feature a new kind of room design for Disney. Called tower studios, these two-person, $335-per-night rooms feature a Murphy-style bed that is pulled down from the wall, temporarily taking the place of the room’s couch. The other room designs all feature multiple pull-down beds. 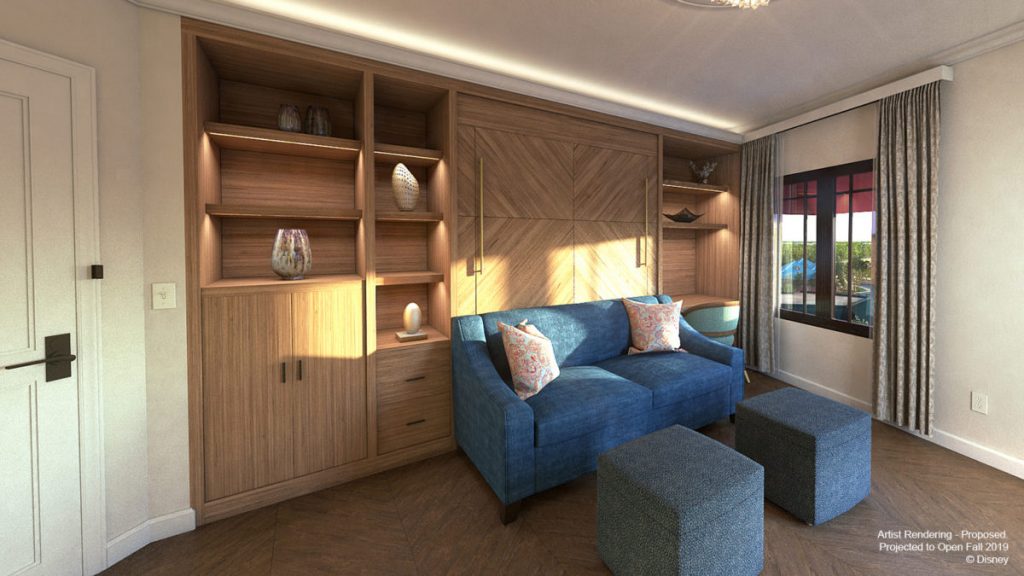 Tower studio at Disney’s Riviera Resort with the bed hidden. Image via Disney.

Rates for the tower studios start at $335 per night. Image via Disney.

Outside the rooms, the Riviera will feature four dining options: Le Petit Cafe, the lobby’s coffee and wine bar, the poolside Bar Riva, the quick-service location Primo Piatto and Topolino’s Terrace, a table-service restaurant located on the hotel’s rooftop, which will also offer a character breakfast.

“The restaurant, featuring authentic dishes infused with French and Italian flavors, is set to become one of the most stunning dining experiences at Walt Disney World, offering picturesque vistas of the nighttime spectaculars of nearby Epcot or Disney’s Hollywood Studios,” Jessica Quinn, public relations manager for Disney Vacation Club, wrote on the Disney Parks Blog. 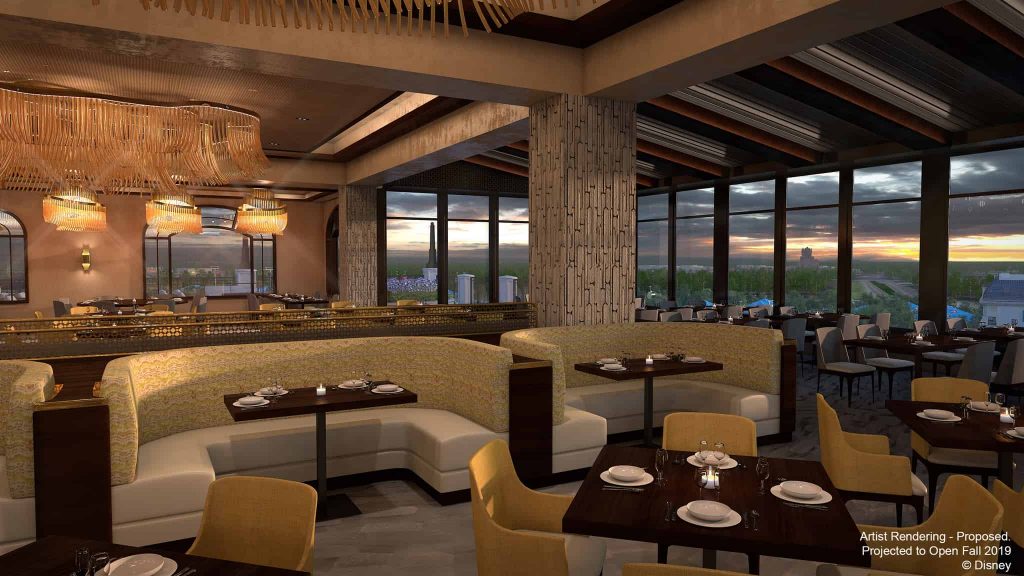 The Riviera will be the first newly-built Walt Disney World resort to have service on the Disney Skyliner. The gondola system, set to open this fall, will connect to Disney’s Hollywood Studios and Epcot as well as three other resorts: Caribbean Beach, Art of Animation, and Pop Century.

While Disney is now accepting vacation packages and room-only reservations for the Riviera, current DVC members will have to wait until an unspecified later date to book with their vacation points.