The mailer identifies Chambers as a neighborhood-focused “bridgebuilder” and business leader who will focus on fighting crime, creating jobs, and improving infrastructure. It also takes a few indirect shots at Ings, saying he will “offset the failure of the current commissioner to address crime in the district” will help “bring together all neighborhoods” to address the issue.

Chambers also cites infrastructure problems saying “poor streets and the lack of restrooms in City parks have become the hallmark of our district.”

Chambers has been critical of the incumbent for paying too much attention to the downtown area.

The Ings campaign has been quiet since qualifying ended in the race last month. Campaign finance reports indicate that he’s hired canvassers to walk the streets of his districts to get the vote out. Ings has also opted out of the debate that will be held Thursday evening. 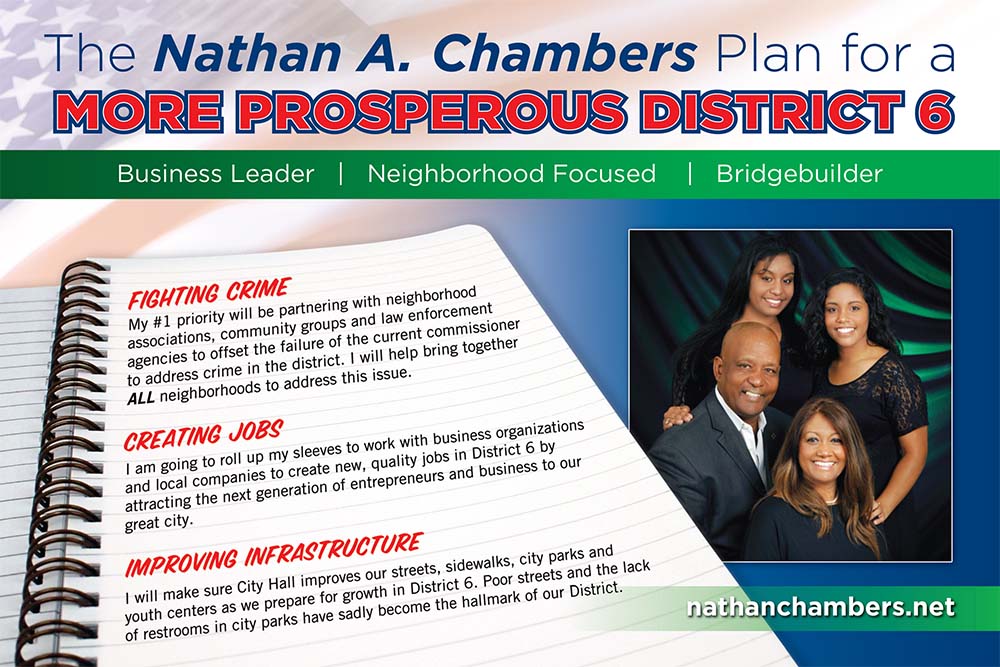