Disney’s plans to revitalize Epcot include getting rid of the name “Future World.”

As announced at the 2019 D23 Expo in Anaheim, Epcot will be re-divided into four “neighborhoods.” The existing World Showcase will remain largely the same (with new additions like a “Mary Poppins” attraction coming to the United Kingdom pavilion).

The other three neighborhoods will be carved out of the current Future World, called World Celebration, World Discovery, and World Nature.

World Celebration will encompass the park’s entrance and Future World’s former hub. This includes the overhaul of the entrance plaza that’s already underway, as well as a newly-announced structure behind Spaceship Earth. 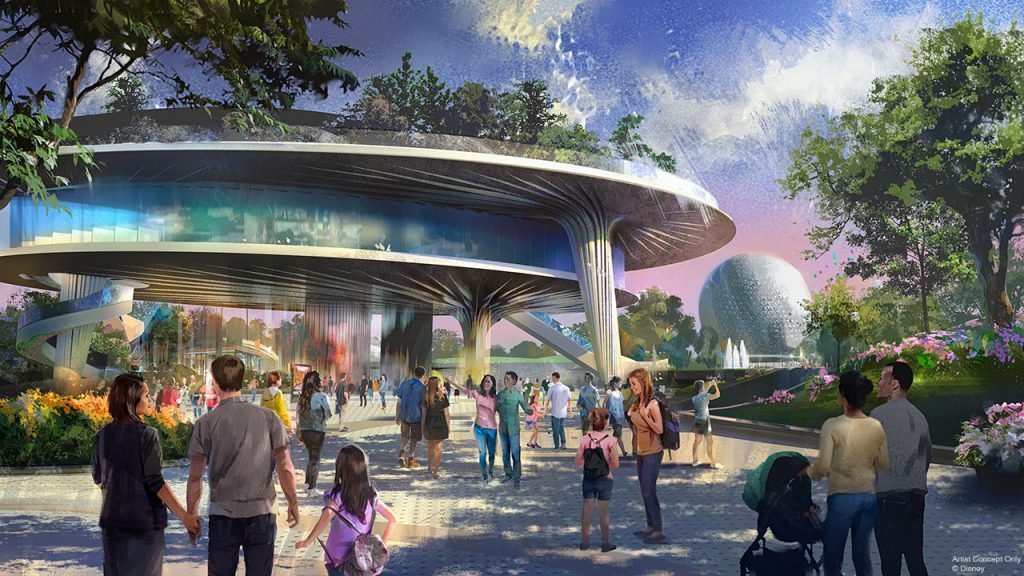 Disney said this new pavilion will be “the perfect place for live events, and the home base for Epcot’s signature festivals.”

“This beautiful three-level structure will have one of the most remarkable architectural designs at any Disney park, featuring a plaza level, a middle expo level, and a park that sits in the sky on the top level,” the company said in a blog post.

Disney also confirmed Spaceship Earth will be changed as part of its Epcot plans. Rather than focusing on communication, technology and innovation, the ride will now be centered around “storytelling.” Bob Chapek, the head of Disney’s parks division, said some of the ride’s current scenes will remain along with some new ones and a new narration and exit space.

This area of the park will also feature a new statue of Walt Disney.

World Discovery will be anchored by new attractions already under construction. The park’s “Guardians of the Galaxy”was given an official name — Guardians of the Galaxy: Cosmic Rewind — and a few new elements were announced, such as the ride’s focus on Xandar, home planet of the Nova Corps and it being the first Disney coaster to feature a reverse launch. 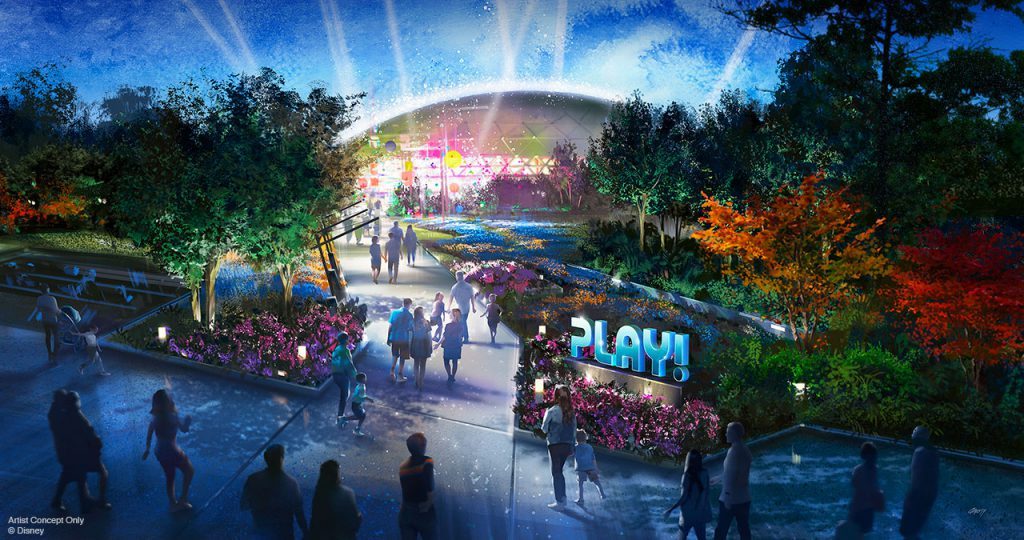 Alongside the Guardians ride will be Disney’s new Play! Pavilion, built inside the former Wonders of Life building, which is scheduled to open in 2021.

“As part of this new pavilion, you’ll have the chance to help legendary fashion icon Edna Mode on her quest to rid the world of uninspired style, or make a splash competing in a water-balloon fight hosted by Huey, Dewey, Louie and Webby,” Disney said in a blog post.

Next to Mission: Space is the park’s new space-themed restaurant. Named Space 220 (because the theme is you’re dining 220 miles above the Earth), guests will enter through a “space elevator” and be surrounded by virtual views of space when this restaurant opens this winter.

The last of the new neighborhoods will be World Nature. This space will see a few previously-announced additions, including the “Moana”-inspired Journey of Water attraction and a new film for The Land pavilion, Awesome Planet. Beyond that, however, Disney announced no changes to this area, despite rumors (denied by Disney) that The Land and The Seas buildings would be demolished.