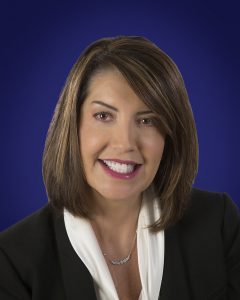 Just days ago, 17 people, mostly teenagers, were killed at Marjory Stoneman Douglas High School. There were warning signs, and one of them was an online posting under the shooter’s name that dictated “I’m going to be a professional school shooter” on a YouTube video.

These types of threats can be a critical indicator that intervention is necessary in an individual’s life to prevent violence to others. However, under current law, these kinds of threats are not illegal. Individuals can literally post online the time and location of a planned mass shooting, and individuals cannot be prosecuted.

In 2014, a Sarasota teen posted on Twitter “Can’t wait to shoot up my school,” and “It’s time. School getting shot up on Tuesday,” with a photo of a gun being placed in his backpack. In 2016, an appellate court found there was not enough to prosecute him under the current law.

Shockingly, it is not illegal to threaten mass shootings like at Marjory Stoneman Douglas in Florida. Senate Bill 310 would change that.

SB 310 will allow law enforcement to act on a broader range of threats, including those made on social media. The bill makes it a third-degree felony to create and send certain written threats, including electronic communications, to kill or do great bodily injury.

There is a misconception that a law like this is already on the books and that law enforcement can assess, and take action, on threats made online. Although online threats have the potential to be an extreme danger to our communities, law enforcement officers’ hands are tied when they try to act on non-specific threats made through digital platforms. The warning signs aren’t missed, they just don’t have the tools we need to act on them.

In the aftermath of the shooting at Marjory Stoneman Douglas, it is critical that we pass this legislation. Gov. Rick Scott has made it a priority to enhance criminal penalties for threats to schools including those made through social media in Friday’s release of his priorities to combat school shootings. We need to move with urgency, just two weeks remain in our regular legislative session.

Law enforcement officers need the tools to protect our schools and our communities in today’s digital age. This bill allows law enforcement to do their job and act on the warning signs.

This bill is supported by a bipartisan group of legislators looking to give law enforcement more authority to keep us safe.

Now is the time to act.

Amy Mercer is the executive director of the Florida Police Chiefs Association. The Florida Police Chiefs Association is the third largest state police chiefs association in the United States. It is composed of more than 900 of the state’s top law enforcement executives. FPCA serves municipal police departments, airport police, college and university police, private business and security firms, as well as federal, state and county law enforcement agencies. The FPCA has members representing every region of the state.