When one of Orlando’s theme parks closes an attraction, pieces of it are typically removed and then sold, repurposed or tossed in the trash. Yet more than a decade after they last entertained guests, parts of attractions at the former Wonders of Life pavilion at Walt Disney World’s Epcot remain undisturbed.

Its two main draws, Body Wars and Cranium Command, both closed to guests in 2007 after several years of seasonal operation. The former pavilion remains standing, often acting as the “festival center” for Epcot’s various seasonal events. Orlando Rising learned of their condition from a man who went into areas off-limits to park guests and many Disney employees and agreed to share what he found. To protect his identity, he asked to be named only as Allen. 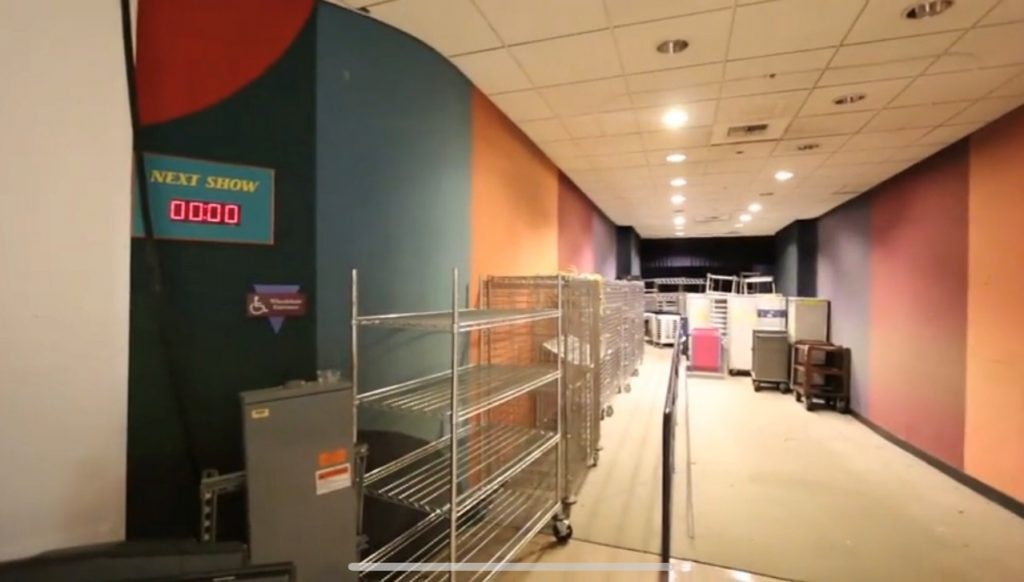 How the former queue for Cranium Command looks in 2018

Several “urban explorers” have eluded Disney security in recent years to venture in these same spaces. The former queue areas have been left largely unchanged, being used for storage of carts and other equipment for Epcot’s Food & Wine and Flower & Garden festivals. In the case of Cranium Command, the attraction itself remains largely intact behind a thick, brown curtain, with the sign once telling guests when the next show will take place still lit up.

The small theater attraction was meant to make guests feel like they were inside a person’s brain, with a few screens showing the view through their eyes and an animatronic “solider” named Buzzy acting as the star of the show. 11 years later, most of the show’s elements are still in place, including the Buzzy animatronic, with a light still shining on his face as it did when the show was operating. 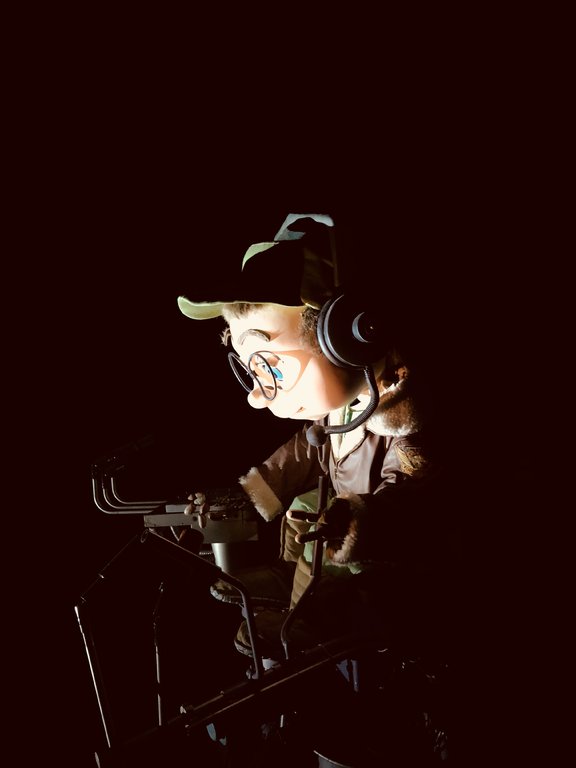 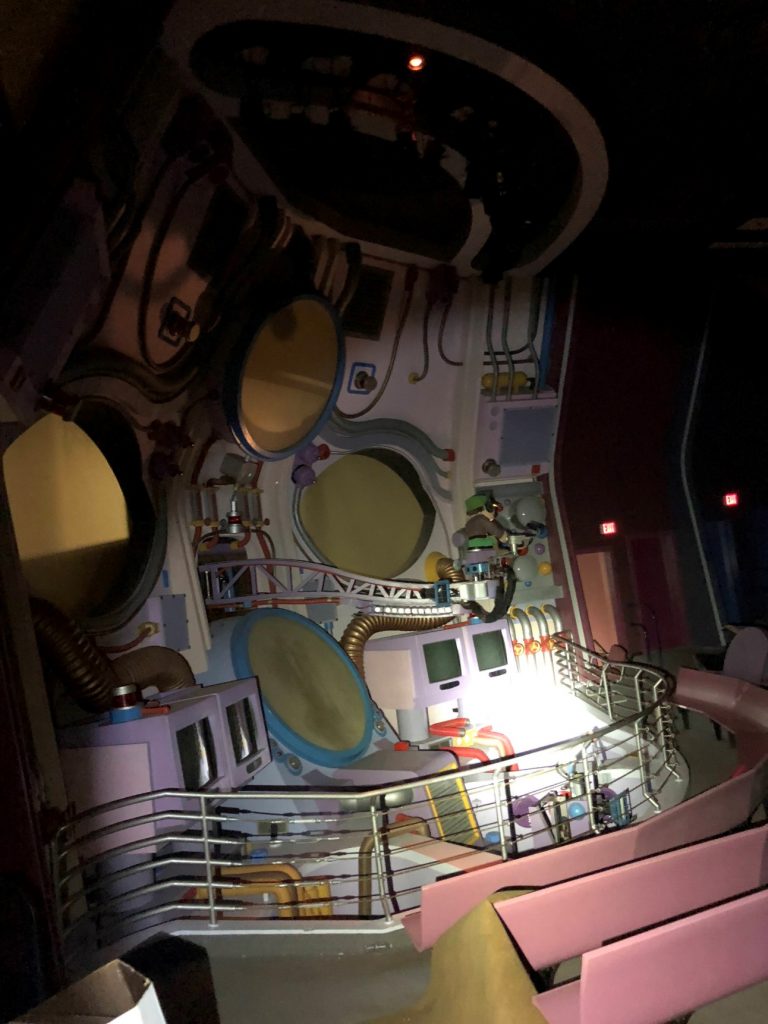 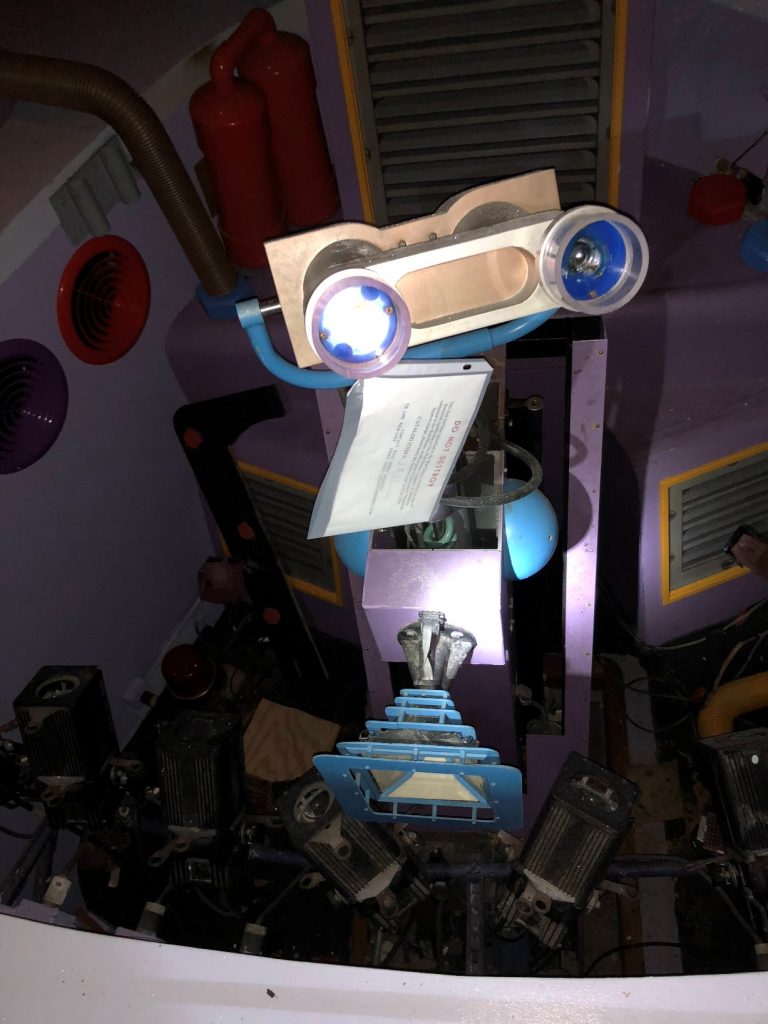 Behind the screens, Allen said he found most of the audio preamps and lighting equipment haven’t been removed. There are signs of its decadelong neglect, however, with carpet along the walls falling and parts of the projection equipment missing. He had been hoping to find film from the attraction’s screens, but said he came across only a small piece which had significant water damage.

“I’m willing to say that if they put a little bit of time into that, it would be able to run again,” he said.

Major parts of the attraction, like the Buzzy animatronic, will be saved if Disney decides to make use of the space for something other than storage. In the picture, Buzzy and another animatronic are marked with a “Do Not Destroy” tag, meaning the Disney company has identified it as having “historical significance,” and instructing it be submitted to company’s archives instead of being discarded. 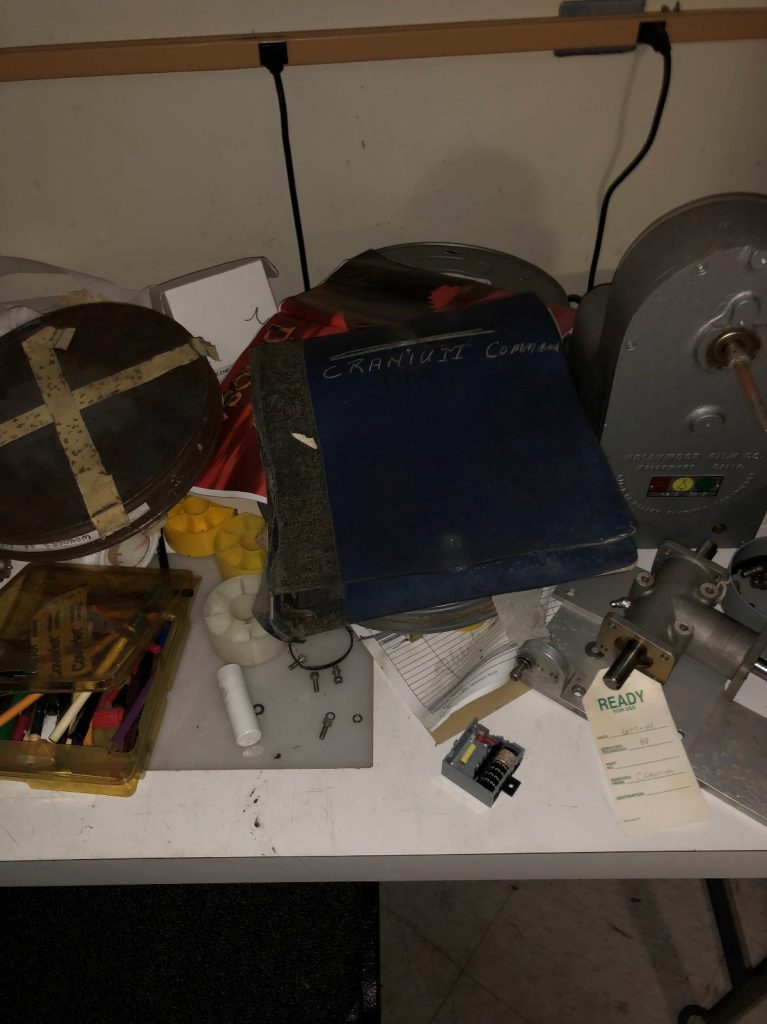 The shuttered “Body Wars” attraction is in rougher shape.

The former motion simulator ride taking guests inside a human body was once the closest thing Epcot had to a thrill ride until the likes of Test Track and Soarin’ opened. Like Cranium Command, it opened in October 1989 and closed Jan. 1, 2007, after several years of seasonal operation.

Also like Cranium Command, the former queue area is used as storage. Some screens are missing and wires are dangling from broken or falling ceiling tiles. Rails which used to mark the queue have also been removed. 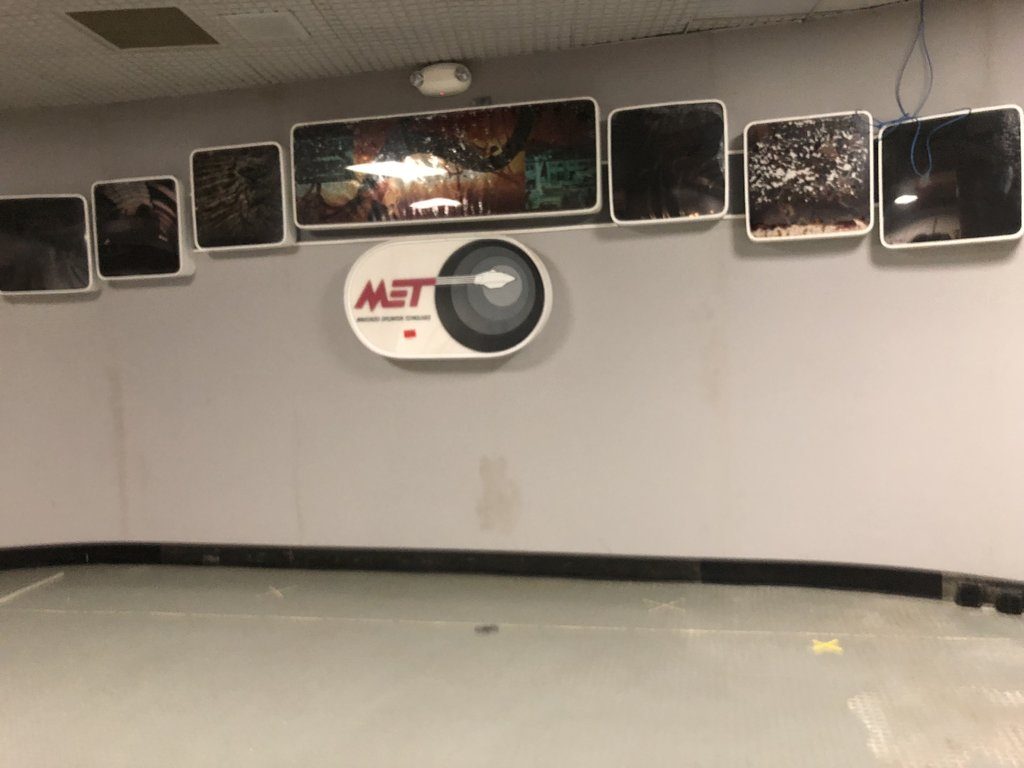 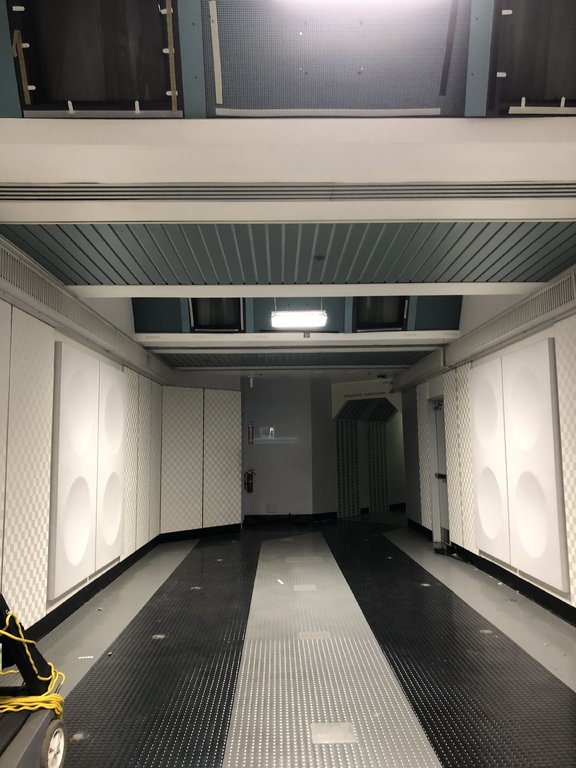 The area where guests would board the Body Wars vehicles looks like far its prime. Some signage remains—such as one directing guests to their “probes”—but the ride vehicles themselves have long since been removed, as other trespassers into this area have confirmed. The most likely scenario is they were dismantled so their parts could be used into other Disney simulator attractions like Star Tours or Hong Kong Disneyland’s Iron Man Experience. 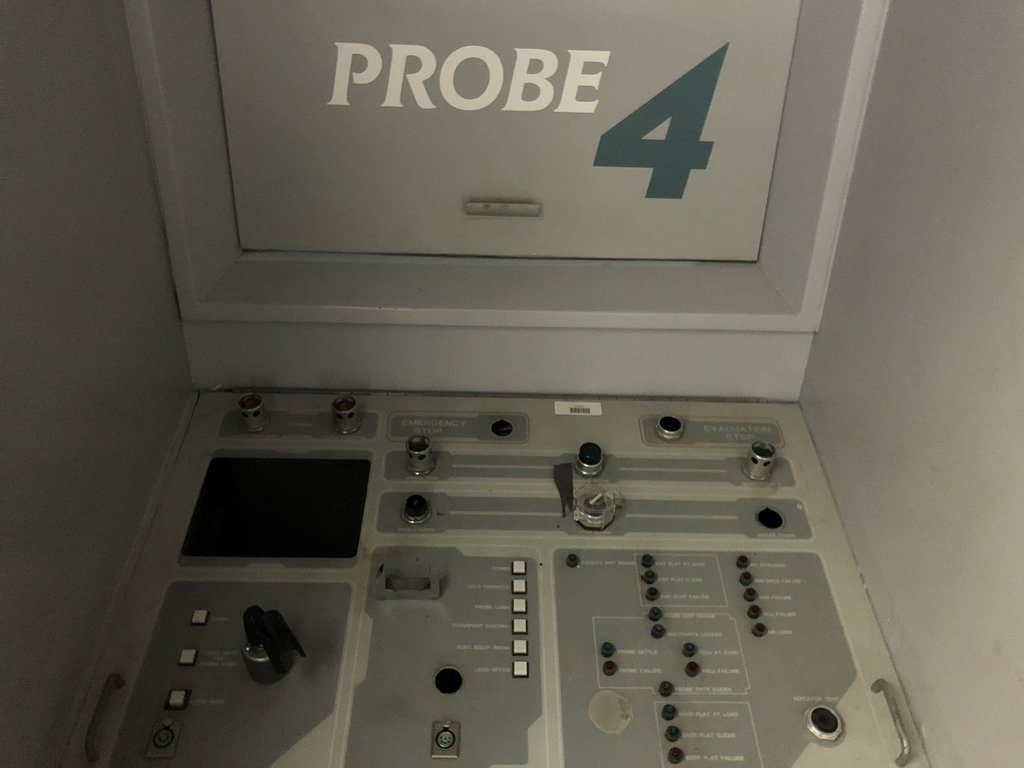 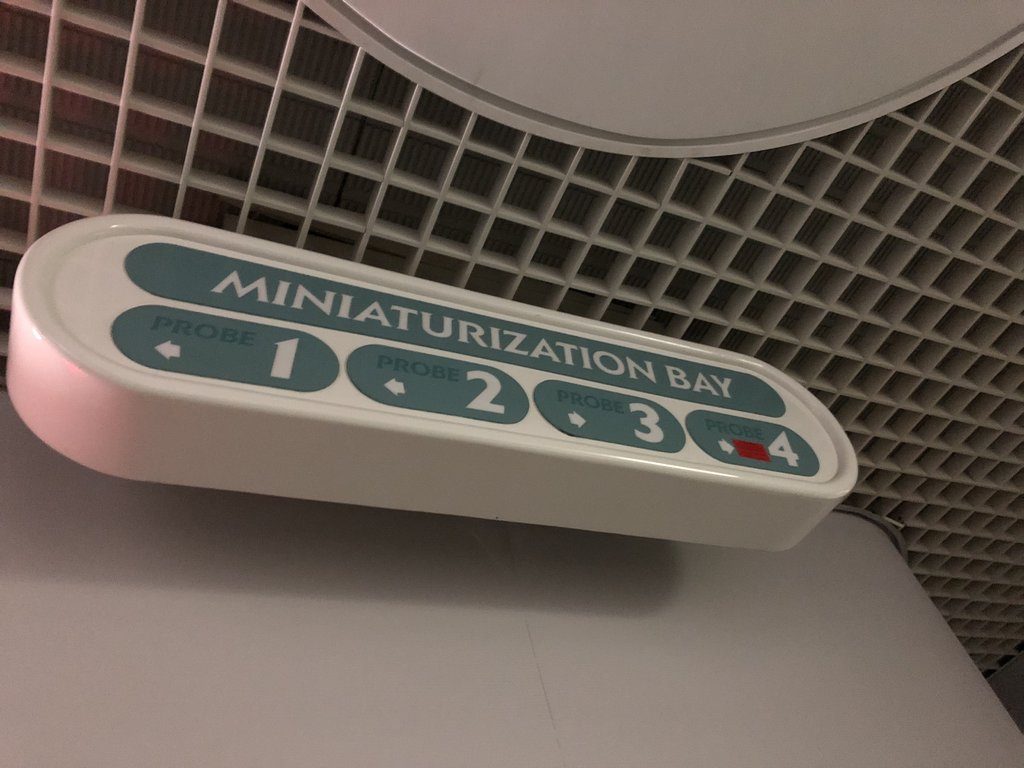 There are a few other abandoned areas of Walt Disney World which also attract “urban explorers,” like the old River Country water park and Discovery Island, a former animal attraction on Bay Lake near the Contemporary Resort. Inside the theme parks, however, there are few examples of Disney deserting attractions without tearing them down like has been the case in the Wonders of Life pavilion.

“It’s odd,” Allen said. “I guess it’s cheaper to let it sit than have to demolish it. It’s probably going to sit there until they figure out what they want to do with (the pavilion).”

There has been plenty of speculation from Disney fans on the building’s future. Earlier this year, its roof was repaired and WDWNT.com reported park executives and Disney Imagineers were seen touring the site. It was also not utilized for this year’s Flower & Garden Festival.

What Allen saw inside did not indicate any major change is coming, even as Epcot prepares for a massive overhaul. Between his multiple visits into Wonders of Life, he noticed some new equipment and cabling being brought into the old “Making of Me” theater, space which has been utilized for Epcot’s Food & Wine Festival—a sign the pavilion may soon be used again as a festival center.